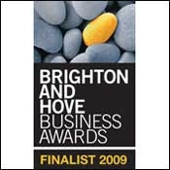 We are very proud to announce that artrepublic has been nominated as a finalist in the 2009 Brighton and Hove Business Awards (BAHBAs). We have been nominated in the category of Best Independent Retailer.

Now in its sixth year, the BAHBAs were set up to celebrate those Brighton based organisations that help raise the profile of the city.

Our nomination was based on the huge choice of hard-to-find prints available in particular at our Brighton gallery in Bond Street. We also promote a number of Brighton based artists within our range, including Lidia de Pedro, Hutch and Graham Cater. In addition there have been a number of events and promotions this year for our customers including a visit from Peter Blake’s Art Bus and free stays at MyHotels.

The awards will be announced in October 2009.