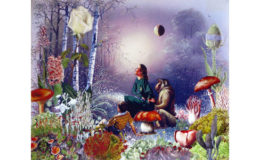 As part of International Women’s Day artrepublic throws the spotlight on our leading female artists.

Women in the art world have been historically swept under the proverbial rug in favour of their male counterparts. It was a widely held belief that women were simply incapable of artistic genius. We at the artrepublic Brighton gallery wanted to take the opportunity to celebrate the successes of a few of our featured female artists as part of International Women’s Day on 8th March 2019. The future is female and at artrepublic, the future is now. 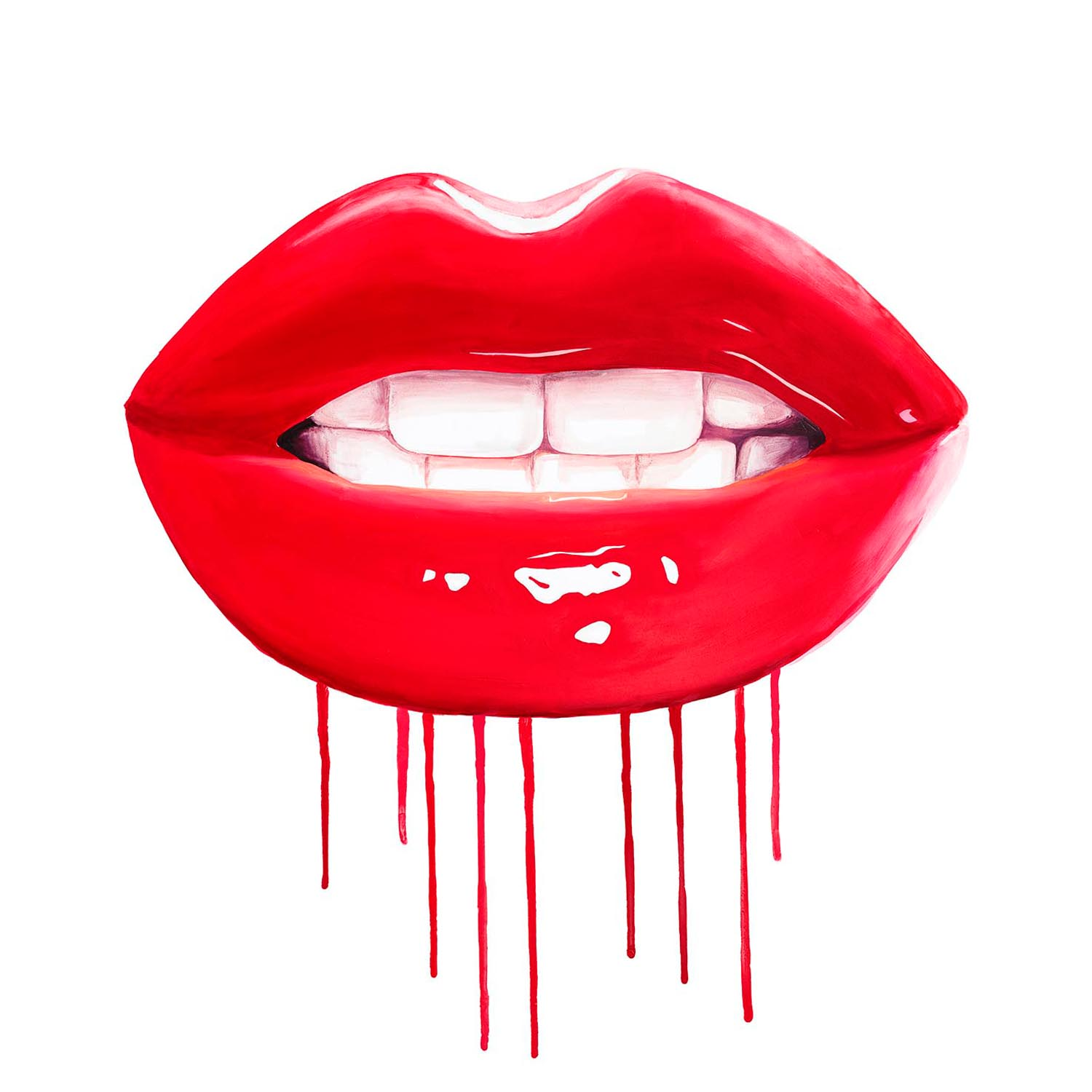 One of the most exciting names in art at the moment is Sara Pope. Pope has had previous experience in the fashion industry as a shoe designer and also as an art director. Taking inspiration from glossy glamour of the fashion industry she uses live models to initially start her process of producing the perfect lips. She asks the models to express different emotions using their lips and works from there. From this she produces an intimately realistic portrayal of femininity. The finished work is sensual and provocative, providing a focal point for the viewer to imagine a moment which these lips are capturing. Exuding effortless eroticism, her work empowers women through their sexuality. How much of an impact can one part of a woman’s face have? Through the eyes of Sara Pope: a lot.

Bonnie and Clyde’s cinematic compositions are a creation of a space somewhere between a dream and reality. She uses mixed media to create a collage that blends fine art with photography. The new space that she creates is a point between being awake and asleep, the conscious and the unconscious, and is simultaneously nostalgic and refreshing. Her use of abstract textures alongside parts of a scene in LA evoke the process of memory. How we often remember unrelated parts of things, images melt with colours and textures with a surreal softness come together to evoke an experience. She suspends the rules of dimensions and form just as she suspends the viewer’s sense of reality, her work is a tribute to the power of stylistic originality. Despite playfully toying with the notion of perception, she opts for pastel colours and clean lines to ensure that above all else, her work is aesthetically stunning. 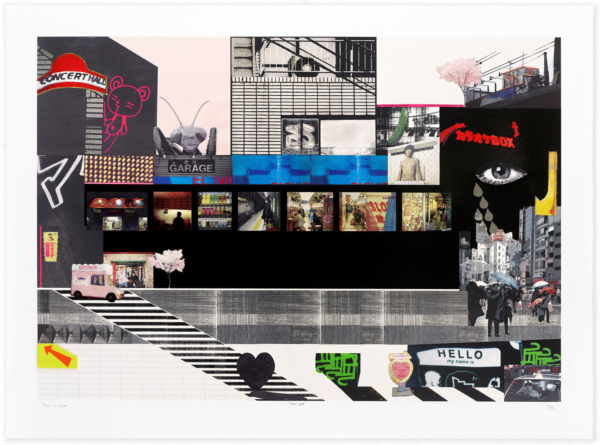 Maria Rivan’s work with iconography and pop culture elevates the classic into the contemporary. She often works with the faces of old Hollywood female actresses, using a starlet to ease the viewer into a false sense of familiarity. Rivan subverts the traditional by adoring her starlets with a beautiful bloom of oddness. Birds, branches, flowers, and tiny figurines burst around their faces from the tops of their heads. These surreal embellishments add complexity to the often one-dimensional nature of pop art. The women that she uses were worshipped for their beauty, and Rivan’s explosion of strangeness from their heads evokes the notion of a complex inner world. Her work is particularly empowering as it coveys the sense that their minds are as vivaciously stunning as they themselves were. Presenting multi-dimensional female icons, Rivan brings the classic into the now, and we love it. 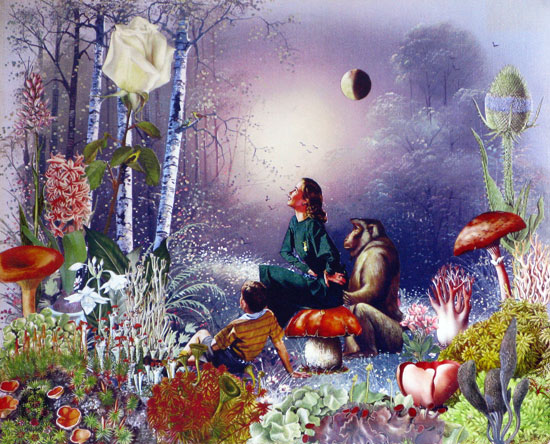 Master of the juxtaposition, Elizabeth Waggett takes monochromatic, often gothic subject matter and adds gold. Simplistic and arresting, she effortlessly confronts themes of death, superficiality and value. Her trademark use of skulls provides an intensely raw backdrop for her 23 carat champagne gold adornment. One of her most celebrated works, ‘It’s My Party’, is a human skull topped with a golden party hat. Bewildering the viewer with a reminder of our own mortality, the playfulness of a golden party hat is uncomfortable. The gold itself is a contrast, and the viewer is confronted with the ridiculousness of superfluous embellishments after death. Waggett’s skulls look closely like an x-ray, emphasising the fragility and majesty of our human form. Her pieces ask bold questions, ‘what do you value?’. Despite working with dark themes, Waggett’s work are a celebration of equality, and urge us to celebrate each other as human beings instead of material wealth. 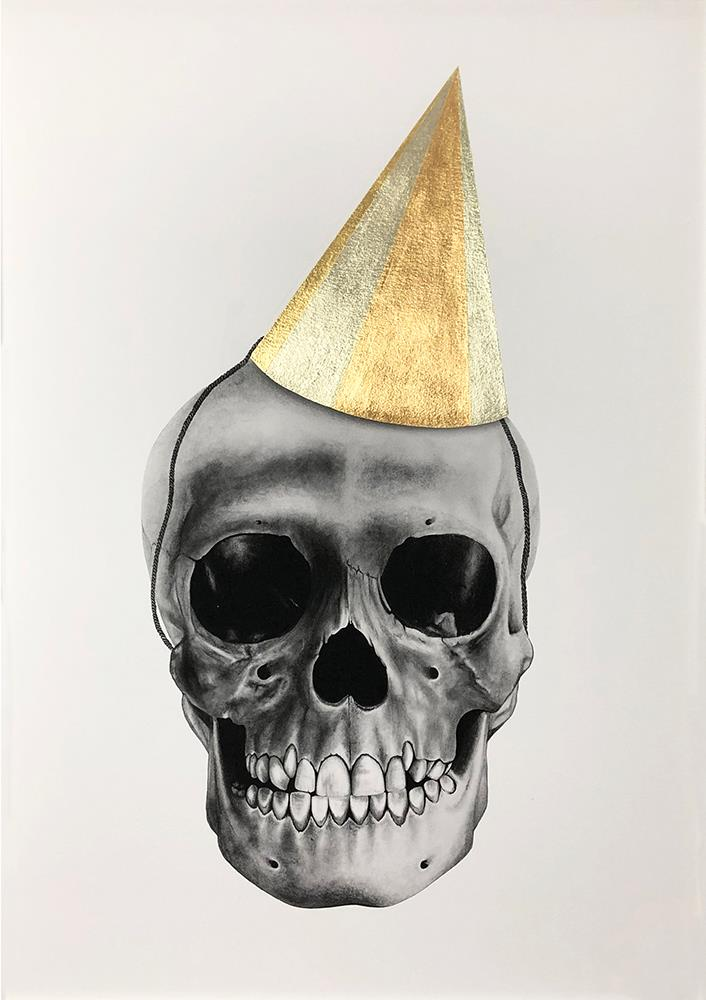 artrepublic are delighted to showcase works by all of these exceptional female artists and more in our Brighton gallery, if you’d like to take a look at their work, please visit us!