The Joker is a limited edition giclee print by artist Angel London. From a very small edition of 25, printed on 255gsm classic silk/ matt laminated paper, the piece is signed and numbered by the artist.

Angel was born in West Sussex, UK in 1974. He was always keen to draw and paint as a boy which eventually led him onto a diploma in art and design and a higher national diploma in signwriting and calligraphy.

After his studying, he found his first job as a jewellery designer before a switch of roles to advertising, where he progressed into management. His initial moves towards a career as a professional artist were not realized until 2013 when, following the loss of his teenage daughter to Batten Disease, he rediscovered his calling towards art.

He moved to London in 2014 shortly after leaving his management role and began to channel his grief into artwork, communicating a message of hope and positivity in the face of unforgiving adversity.  His unique work and message of vulnerability attracted a healthy social media following. Working single-handedly he garnered the attention of galleries both in London & the United States.

As a result of his consistency and willingness to explore new mediums and push himself, he has sold pieces in various styles and mediums the world over.

Through the use of symbolism and pop culture references, he sheds more light into the world.  Due to his own trauma, he’s often drawn to pain and focuses on the connection and emotion with his subjects. His newest pieces have taken on a raw and more industrial feel with the use of upcycled materials and a process of work which involves various painting methods, including sublimation heat transfer collage and the removal of paint/ media until the art emerges unifying the wood as an extra element to his finished work. Mixed media and appropriation lend themselves to an interesting and unique mix of color and phrases in many of his pieces, leaving the viewer in wonderment of the varying depths within his work.  Never shying from the use of new techniques and mediums, Angel has demonstrated to his fans a willingness to keep moving forward. 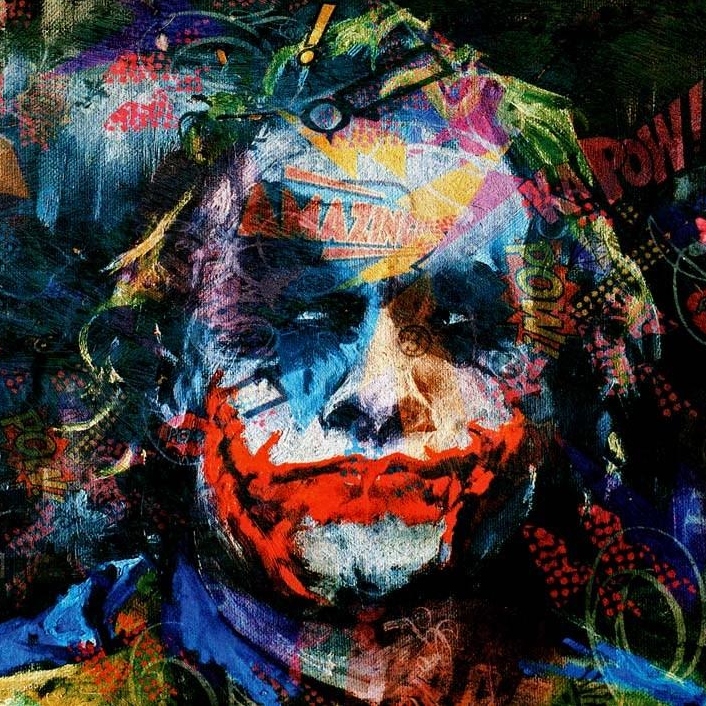