Artist Interview: ‘A Day At The Seaside’ with Sir Peter Blake 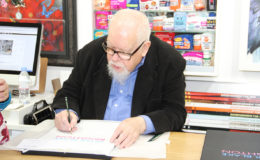 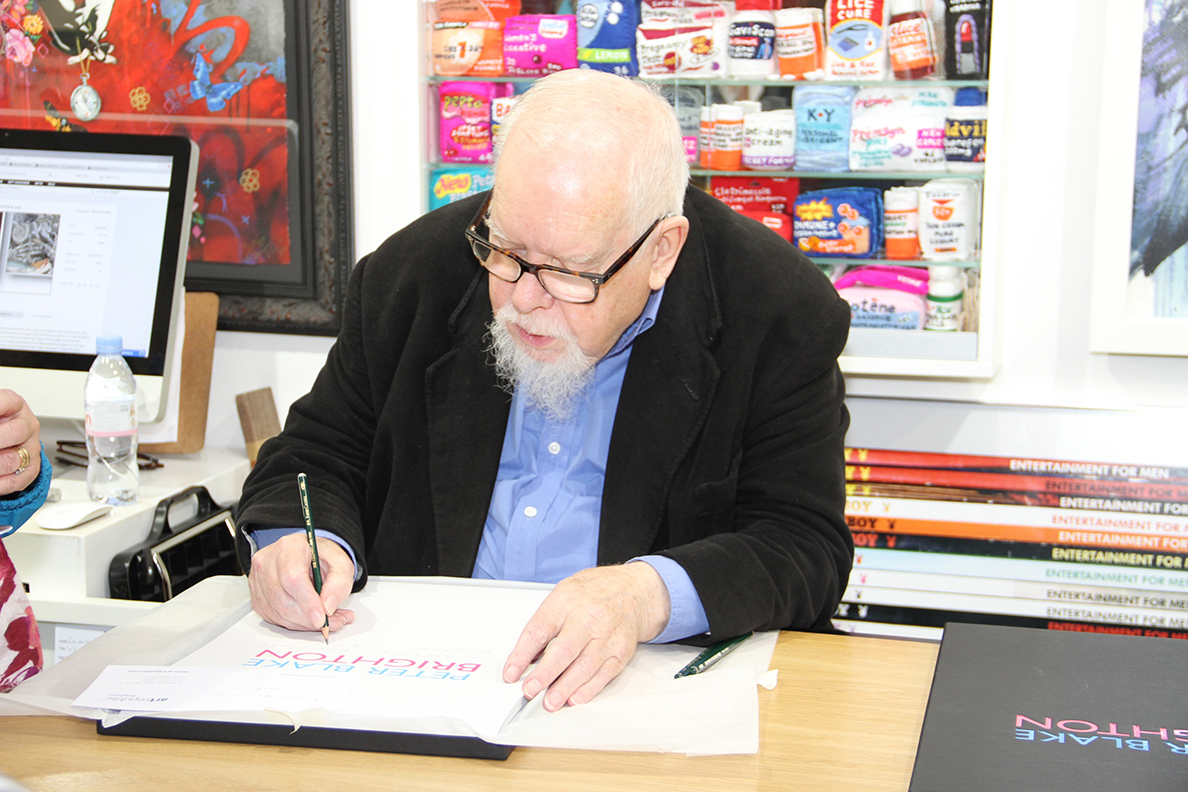 For our latest artist interview we had the pleasure of talking to the godfather of Pop Art Sir Peter Blake, as he told us about his life as an artist and New Brighton inspired box set.

What are some of the things you love about Brighton?

As a kid I would go on days out with Dartford Football Club, on Sunday's they would send a coach out and we would go all around the coast. When my children were young we'd come down to Brighton about once a month. I love the rock shops and the pier. I really enjoyed the antique shops; I've bought some great things from there over the years.

That one is part of an on-going series called memories of place. When going to an interesting place I set myself a rule of whatever I pick up I've got to use in a collage, the second rule is I can't add anything. As I'm picking these objects I'm kind of designing how they'll look. Brighton was the first one I did; there were four little objects that recalled a rock, a lighthouse, a sail and a rainbow, all quite by chance. I'm still working on that series.

Why did you choose to use Brighton icon Max Miller in your print?

He's one of my heroes. He was a musical entertainer and the top comic of his time. When I was at the Royal College I wrote my thesis on Paul Raymond talking about nudity in the musicals. As it happened the music halls were closing, Max Miller always played the last week. I saw him play about five last weeks and he's just a great Brighton character. I'm a patron of the Max Miller fan club. We went to an auction where I bought a pair of his shoes and walking stick. He also made it onto the cover of Sgt. Pepper's.

You are many peoples artistic hero, who are some of your own personal heroes?

Kurt Schwitters is one. A lot of old masters like Velasquez. For more current heroes I'd say David Hockney and Damien Hirst, who I think is a fantastic artist. Hirst was a big fan of Schwitters. When Damien was a student he discovered an old house where someone had recently died and it had just been closed up as it was, he went in and made lots of collages out of the stuff there, which is quite similar to my 'memories of place'.

There was a quote from you where you said if Hirst lost his fortune you think he'd simply return to his artistic roots...

I think his work is about money, but he's not that interested in being very rich. He's interested in what being rich can do and the work comments on money. If he lost it all I think he would just go off and paint; there have been a couple of times when he's done that.

You're known as the Godfather of British Pop Art, which artists would you regard as some of your 'Godchildren', those who are carrying on the conversations you began?

I think initially that second generation in a way were a link through. I was at the Royal College from 53-56; in 1959 was the group with Derek Boshier and Ron Kitaj, I think that generation was the next link and then eventually with the YBAs there were parallels. There was no one directly doing what I was doing but the links are there.

If you could go back and give your 14-year-old self some advice before you started Gravesend Art School what would it be?

It was an odd circumstance to go to that art school. I got an interview to go to Gravesend Technical School, and at the interview they said if you'd like to go to the art school, which was part of the technical school, you could pop round the corner and take a drawing exam. I've always said it was at 14 but I found a report recently and I was actually 13 when I went to the junior art department.

My advice has always been to work hard, to get advice and to learn. To seek out the help of the tutors and find out what you want to learn.

If you had the opportunity to put another person into your famous album cover for The Beatles' Sgt. Pepper's who would you choose?

Probably Chuck Berry. The piece wasn't in fact a collage at the time, it was built life sized like a stage set. People thought that I had sat and cut out the people from photographs and stuck them down, but in actual fact the whole production had taken a couple of weeks to make. When I look back The Beatles probably put an embargo on other musicians because there are very few on there, I think we slipped in a little girl saying "I like The Rolling Stones".

Finally, apart from Sgt. Pepper's what other piece from your career would you like to be remembered for?

There are key things over the years, and it changes. I think 'Self Portrait With Badges' and 'Toy Shop' were both key pictures, along with 'On The Balcony'. For the other record covers probably the one for Brian Wilson is one I'm most pleased with. There's a story where I was doing an interview being asked another Sgt. Pepper's question, I got a bit fed up and said 'I wish I did the cover for The Beach Boys 'Pet Sounds' instead of Sgt. Pepper's'. Apparently Brian Wilson's people heard and about it came back to me and said 'did you mean that?' It was my big ambition to do a cover for Brian Wilson and when I did the cover for 'Getting In Over My Head' I was really pleased with it.