I've Been Sorry For A While

Adam Bridgland an artist and printmaker whose highly-personal work plays around with themes of rose-tinted nostalgia, identity and belonging, and emotion. By teaming image and text, he creates works that both amuse and resonate.

This three-colour silkscreen print is from a limited edition of 125, signed and numbered by the artist.

Our Own Art loans are provided by Novuna Personal Finance PaybyFinance. If you choose to apply, your checkout will include a secure visit to them, to complete your application.

After the dates below, it may be possible to ship some orders in
time for Christmas. please call us on +44(0)1273 724829 or message us at the
bottom right of this page.

Since graduating from the Royal College of Art in 2006, Bridgland has used a diverse range of materials and working methods to pursue an incisive and often witty exploration of distinctively British sentiments, externalising the underlying sense of loss and nostalgia that permeates our memories.

Vignettes of British back-packer’s holidays, old-fashioned bus-tours, and childhood seaside breaks that figure strongly in his visual repertoire are often tinged with this feeling of time having passed too quickly, our memories gradually fading. Twinned with this however, is an upbeat celebration of themes distilled from children’s colouring books, paint-by-numbers kits, old public transport posters and kitsch postcards, which he imbues with the kaleidoscopic richness of carefully chosen and thickly applied primary colours.

These everyday, almost mundane subjects are treated with the importance and status of emblems; centred in each work and often encapsulated within related text or target-like circular borders that focus our gaze.

Whether descriptive of change or constancy, Bridgland’s work keys into our desire to remember and relive, and plays upon our tendency to elevate our shared memories with the rose-tinted, wistful spectacles we don when thinking of the past, as well as the future.

His depictions of identity and belonging, nostalgia and emotion give to his work a hugely personal aspect, and are influenced by a graphic and visual tradition that is quite specific to Britain. Yet his subtle combinations of image and related text play on everyone’s perceptions of shared occasions. Perhaps then it is the delicately précised power of the experiences he attempts to capture that make Bridgland’s work so accessible to all.

Text by Matthew Reeves, Independent Curator and Curator of East Wing Nine at the Courtauld Institute of the Arts.

A graduate of the Royal College of Art, Adam lives and works as an artist in Cambridgeshire.

Since his graduation in 2006, he has exhibited widely in the UK, America, Europe and Asia. The British Museum, the V&A, UBS, Boeing Asia and Debbie Harry are just some of the collectors of Adam's work. In July 2009 Adam was awarded his first major public art commission by Commissions East. He has since gone to complete a number of important projects, including work for YouTube, Heal's, Comme Des Garcons, Airnimal bikes, Ace Hotel, Soho House, SmartLIFE, Jacuzzi and Eastern Pavilions. 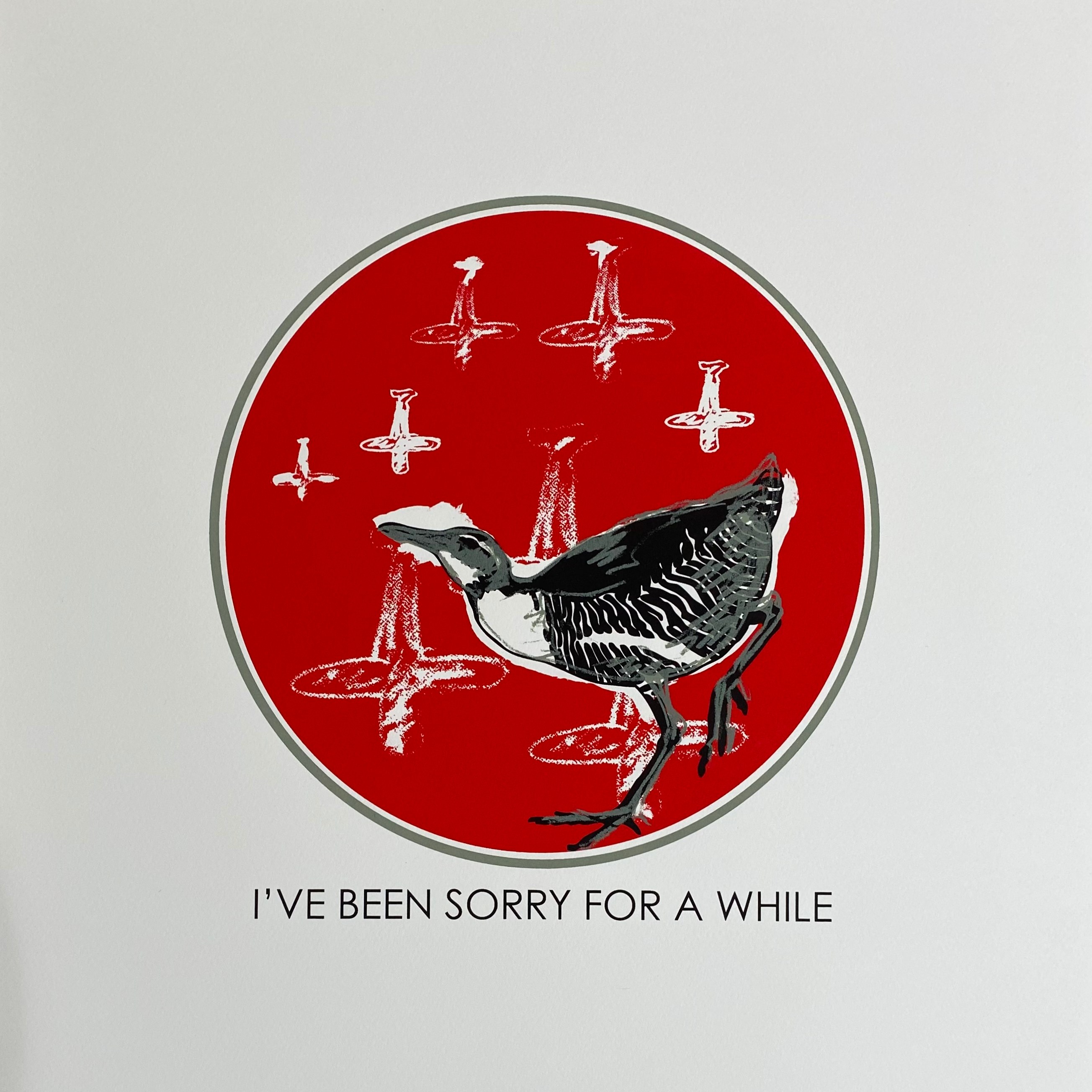 I've Been Sorry For A While