Love Lenticular 2 brings Ben Eine’s iconic letter art to life. Made exclusively for Enter Gallery, Eine’s print depicts the word LOVE, the four letters laid out in a square against a black background. Using the layered process of lenticular printing, these letters can now be experienced in two bright, bold, and beautiful colour-ways: tangerine, teal, cornflower, cobalt and cherry from one standpoint; lilac, crimson, orange, pale rose and turquoise at the slightest shift of a glance.

Eine is known for his distinctive typography, which adorns the shutters and shop fronts of East London’s grey concrete streets. Blending the psychedelic colours of 60s art with the ornamental fonts of Victorian script, Eine’s typeface transforms the humble alphabet into stunning subject matter. With this dazzling little lenticular, Eine’s bright, urban artwork can now find its way onto the walls of inside spaces too. Love Lenticular 2 — what’s not to love?!

Originally a writer, a love of words has continued to inspire the work of Ben Eine. More than twenty-five years after his first foray into graffiti art, Eine is known today as one of London’s most prolific street-artists, regarded across the world as a pioneer of graffiti letter forms and visual typography. His work is a celebration of font and graphics, exploring the individual characteristics of letters – their shapes, their curves, their lines – to reveal the semiotic beauty therein.

Opting for bold and often retro palettes, Eine’s work refuses to fade into the background. These are words and letters with a voice of their own, shouting their presence on concrete, on asphalt, and on the plane of the printed form. His most iconic work to date, ‘Alphabet Street’, is an epic mural, spanning the length of Middlesex Street in London, as each of the twenty-six letters of the English alphabet adorns a shopfront-shutter in characteristically colourful style.

Today, Eine’s work is held in permanent collections across the word, including the V&A, London and The Museum of Modern Art, New York. Most recently, Eine was commissioned to create a large-scale mural on the wall of the British Embassy in Abu Dhabi. In 2010, Eine’s painting ‘21st Century City’ was famously gifted to Barack Obama by then-Prime Minister, David Cameron.
Share 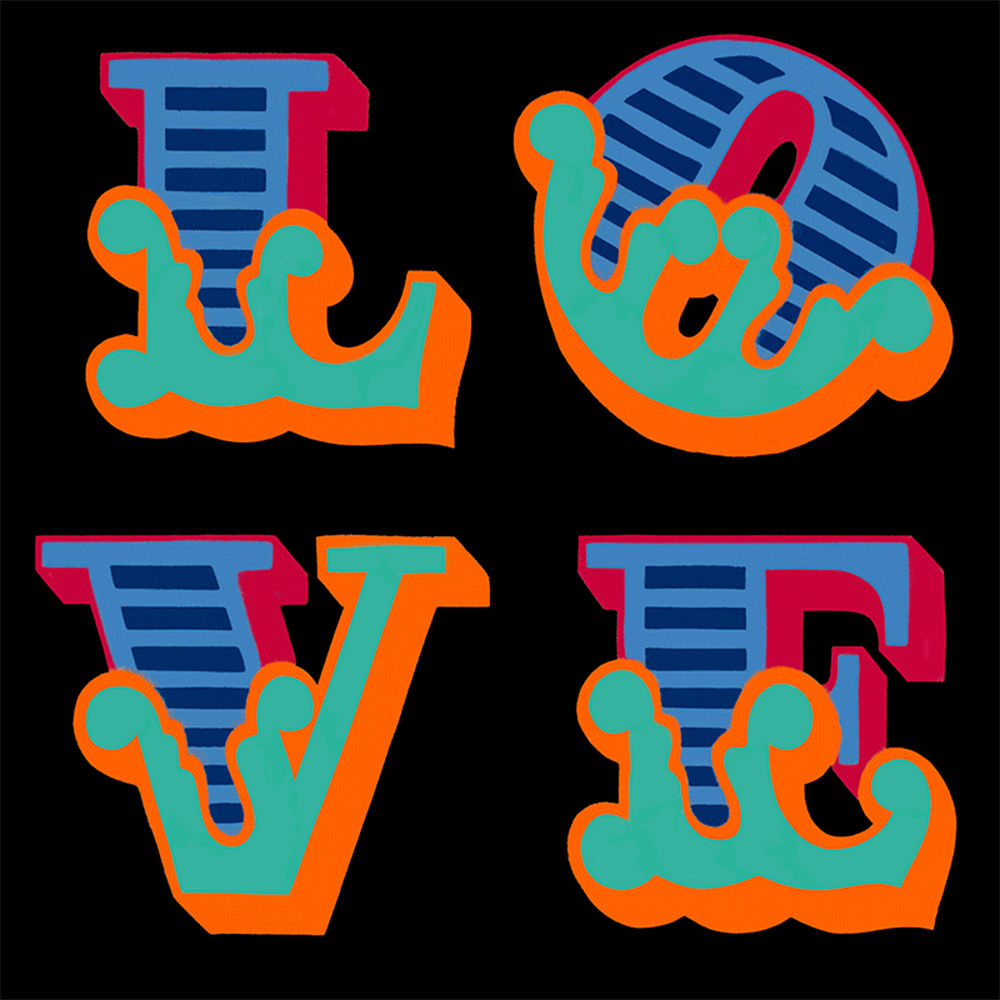 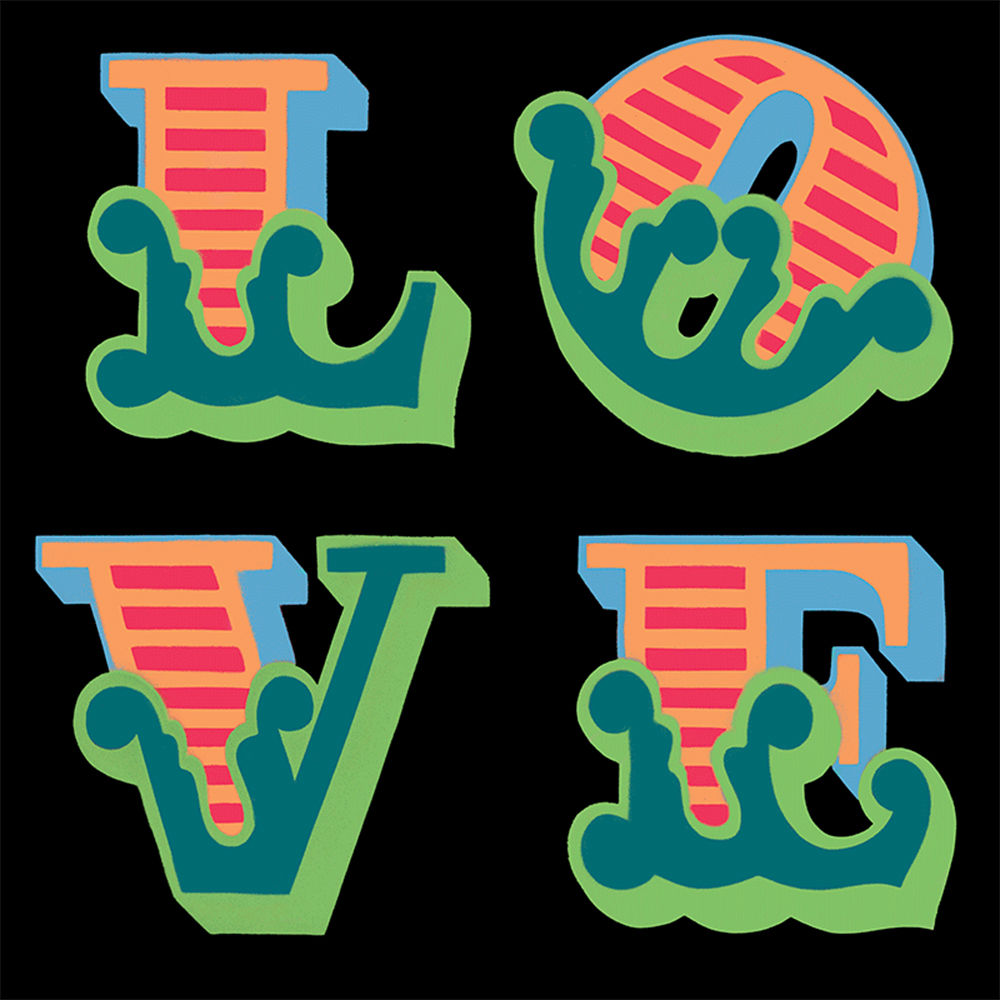 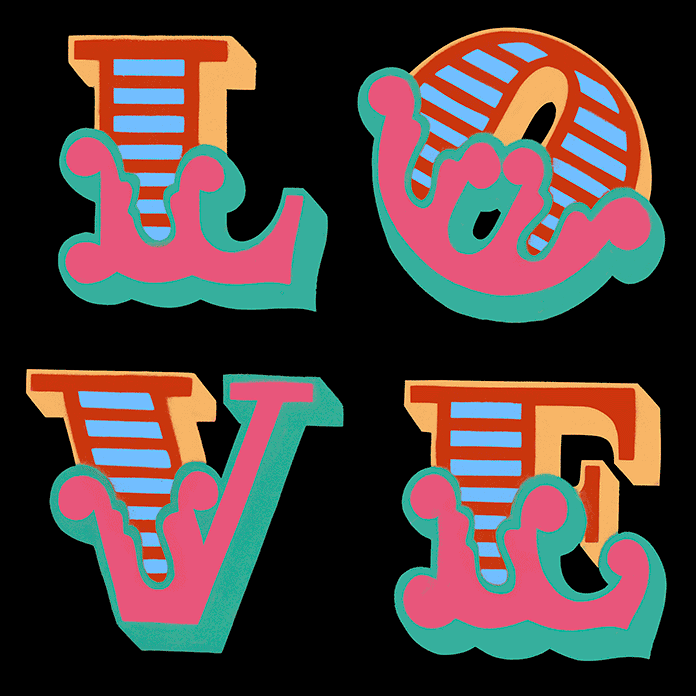 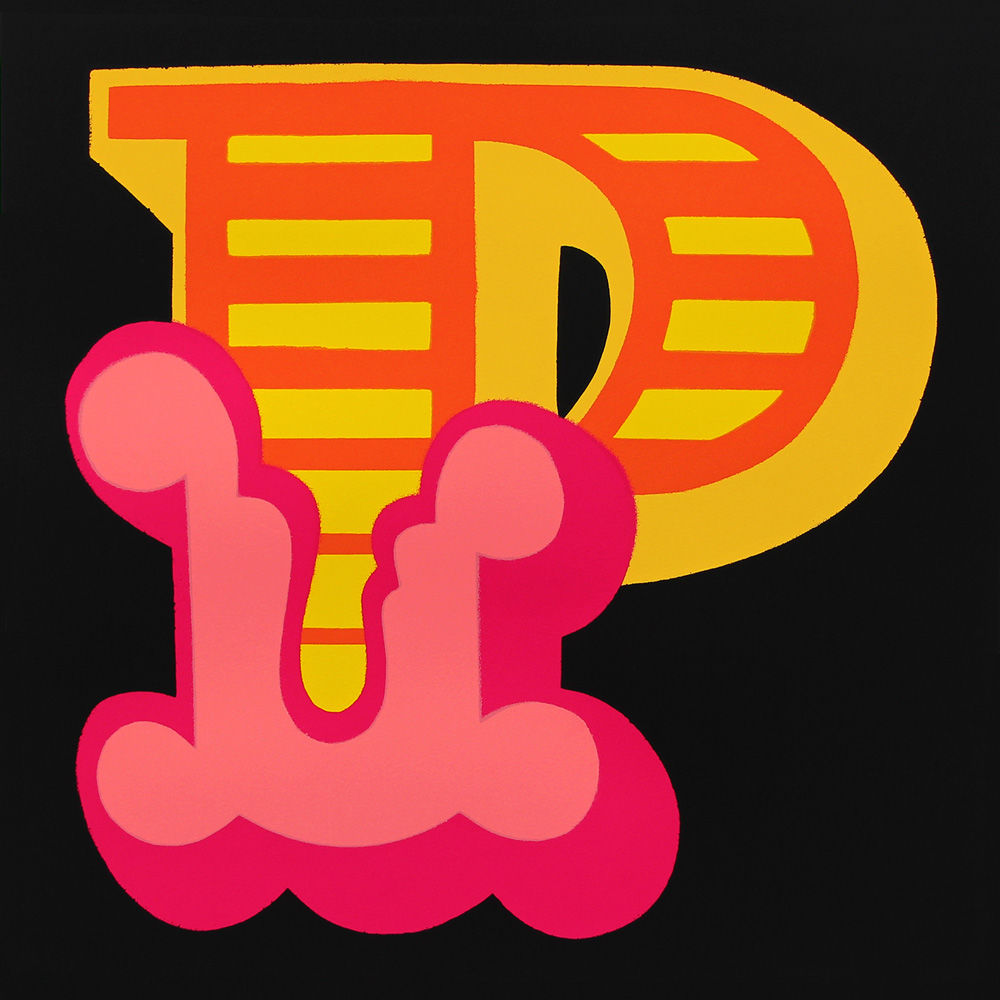 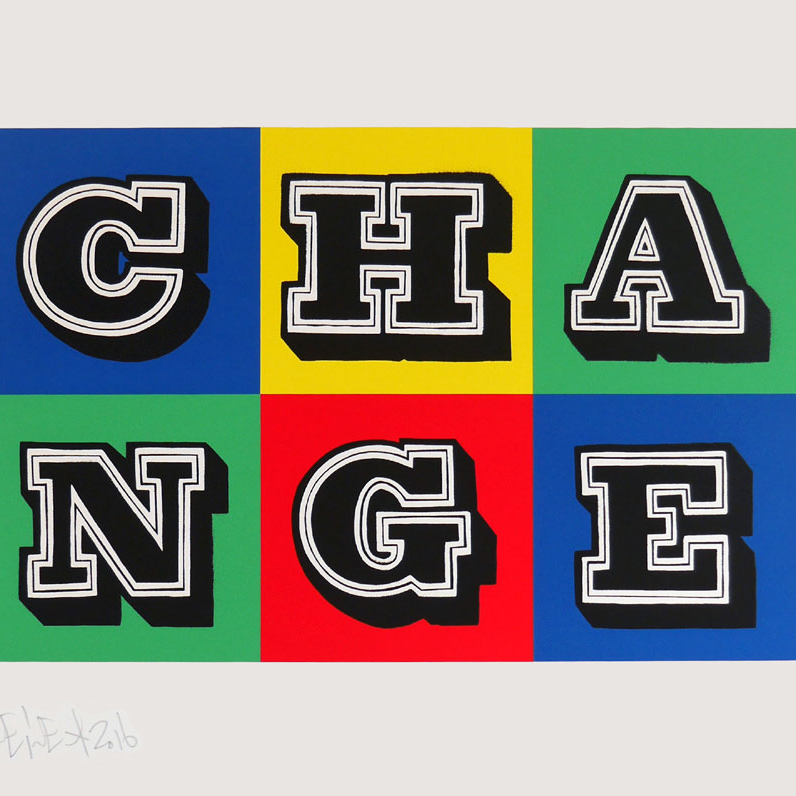 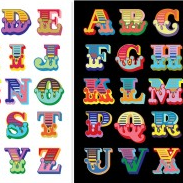