This piece from street artist, Cosmo Sarson, is one in a line of his fun reimaginations of the classics. In this instance, lovers Poseidon and Aphrodite enjoy a romantic day trip to Brighton Pier. The romance is shattered however, when a murderous clan of seagull harpies descend to steal their chip supper.

The piece began life as a photoshoot, and then to capture the drama, Sarson has used chiaroscuro reminiscent of a Baroque painting to summon the works of Caravaggio, Rembrandt and Velasquez – all of which he cites as major influences.

The final print is created using five different silk screens, each inked in a slightly different tone, and then hand-pulled across fine gold leaf to make those chips really pop.

This print is from a limited edition of 72, signed, stamped and numbered by the artist.

His comparatively small oil painting of ‘Jesus breakdancing in the Vatican’ had already gone viral and the mural version, at over 30 ft high and on a wall directly opposite Banksy’s ‘Mild, Mild West’, became an instant Bristol landmark.

Moving from London to Brighton in 2018, Cosmo marked his arrival with another large scale mural - The Angel of Brighton. Traditionally painted in a classical fresco style using natural earth pigments for the figure, he gave it a modern twist with 4 kilos of gold glitter mixed in to the paint for the background.

Cosmo Sarson studied Fine Art at The Byam Shaw School of Art where he was mentored by one of Britain’s finest contemporary painters, Peter Doig. Influenced by the paintings of the Old Masters his current output explores the biblical and mythological themes of those works, reimagining these myths as set in modern times and placing them in a contemporary context.

Cosmo is an active member of the British street art scene, appearing in several books on the subject and painting at paint jams around the country. He has exhibited both nationally and overseas including the Saatchi gallery and Miami Scope Art fair, and held his first major solo show at the Pure Evil gallery in 2015. He is also a freelance Scenic Artist in the film industry, with his graffiti and mural work appearing in many feature films including Tomb Raider, World War Z, Guardians of the Galaxy and Avengers – Age of Ultron. 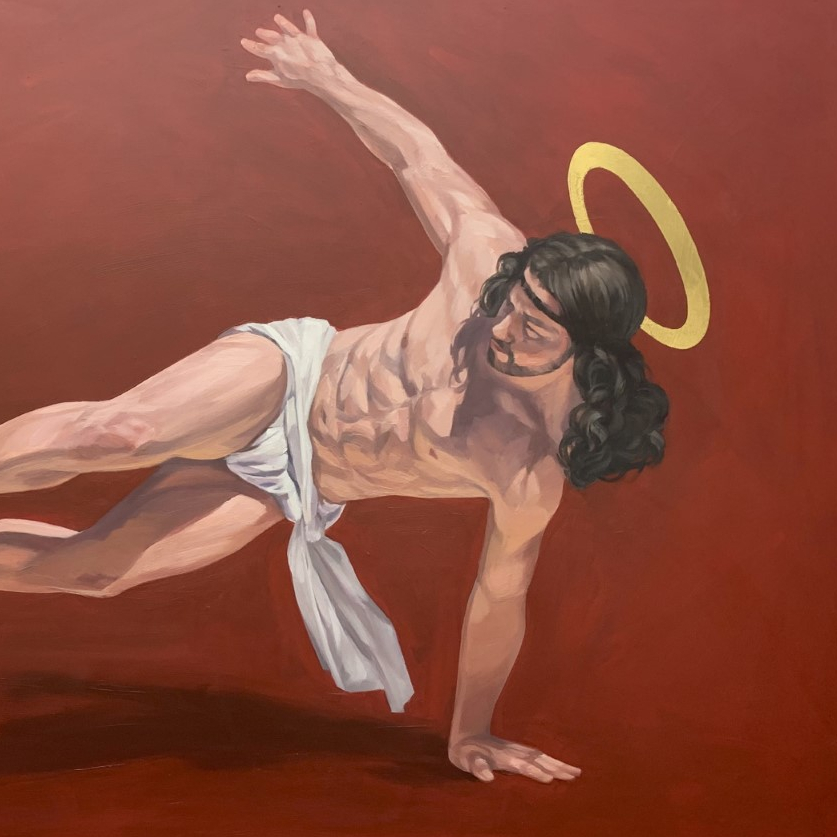 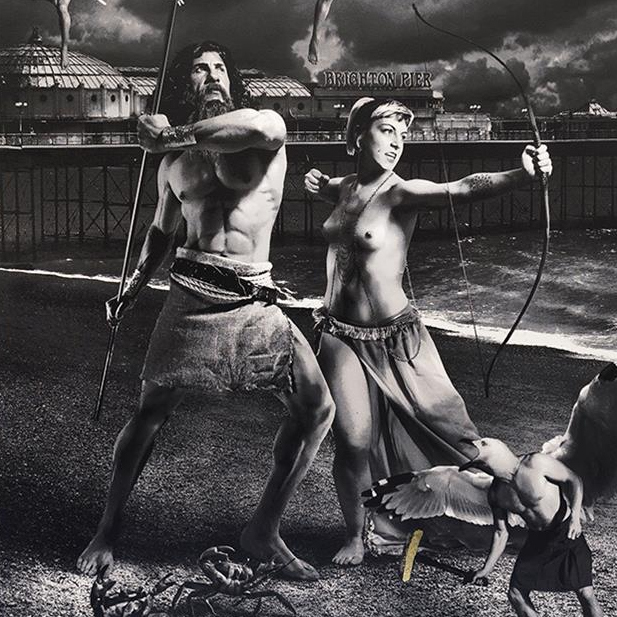