Handiedan’s digital collage work and manipulation is an exploration of feminine beauty, strength, and the layers of complexity we accrue over a lifetime, both physical and cultural.

Using posters of traditional pin-up girls against an ornate backdrop of antique music sheets and Baroque designs from international currencies, Handiedan creates her own version of beauty, which is both traditional and futuristic.

Trois is a contradiction that celebrates glamour and female sexuality, while also provoking the viewer to consider the objectification of women and society’s controlling attitude towards the female body.

The print is from a limited edition of five, signed and numbered by the artist. 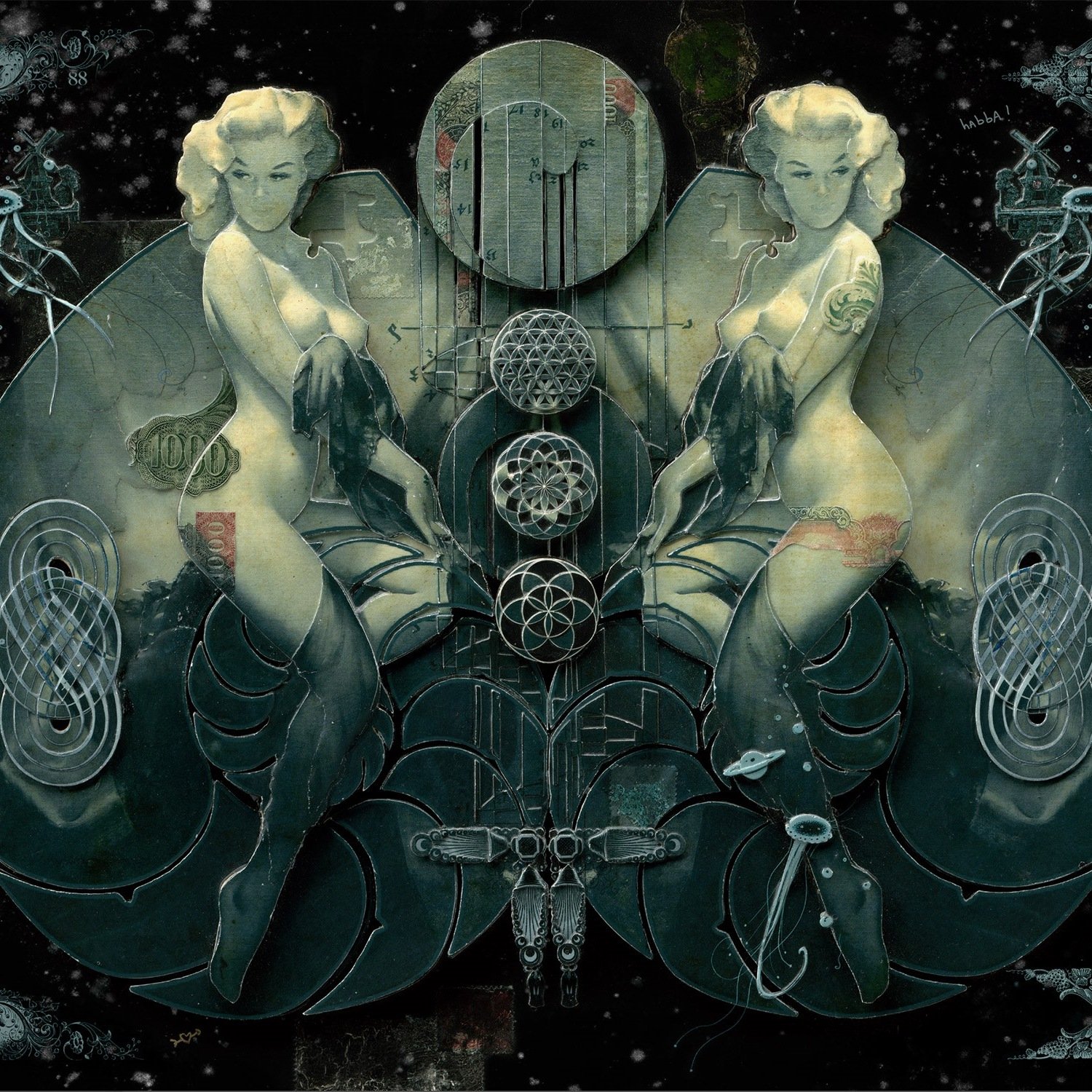 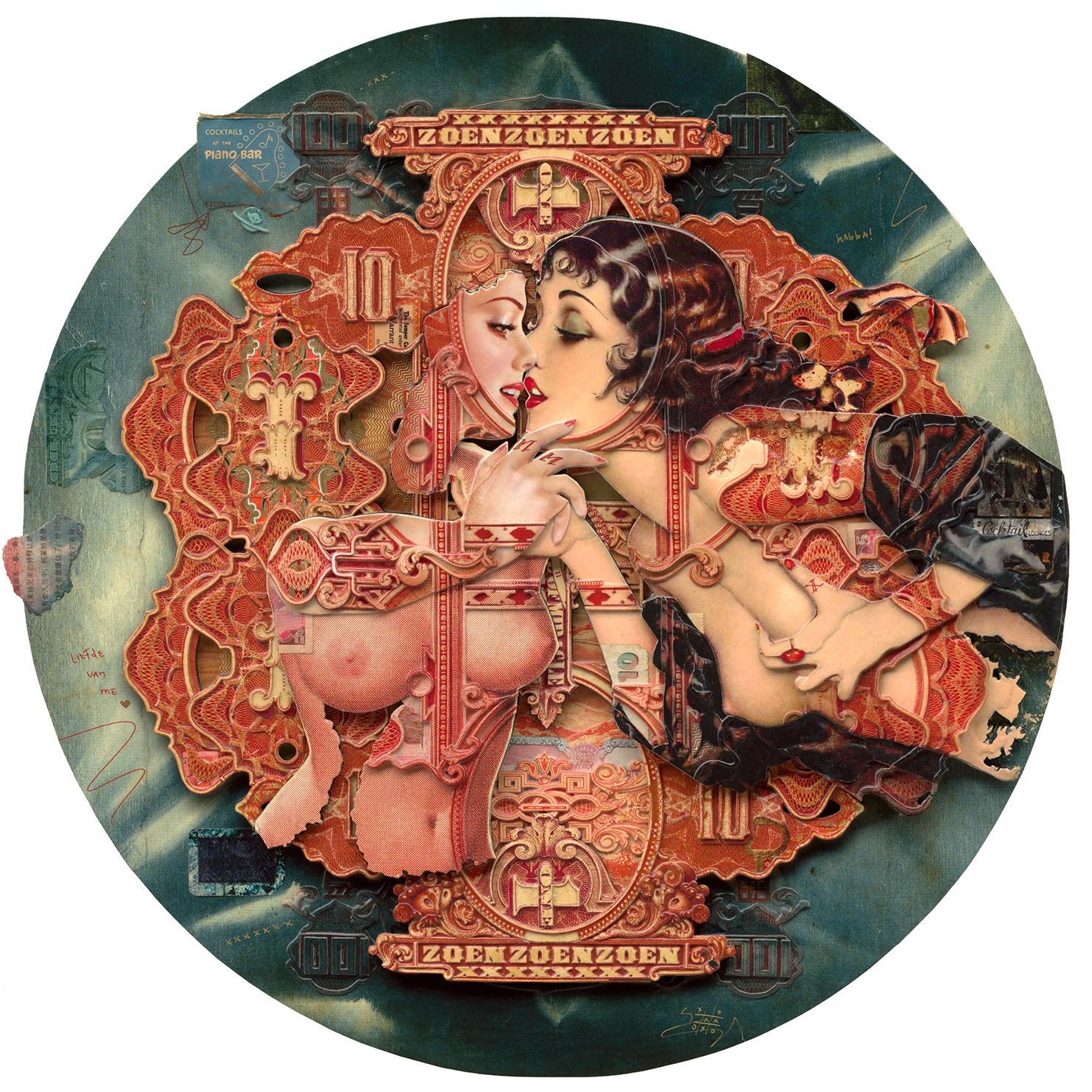 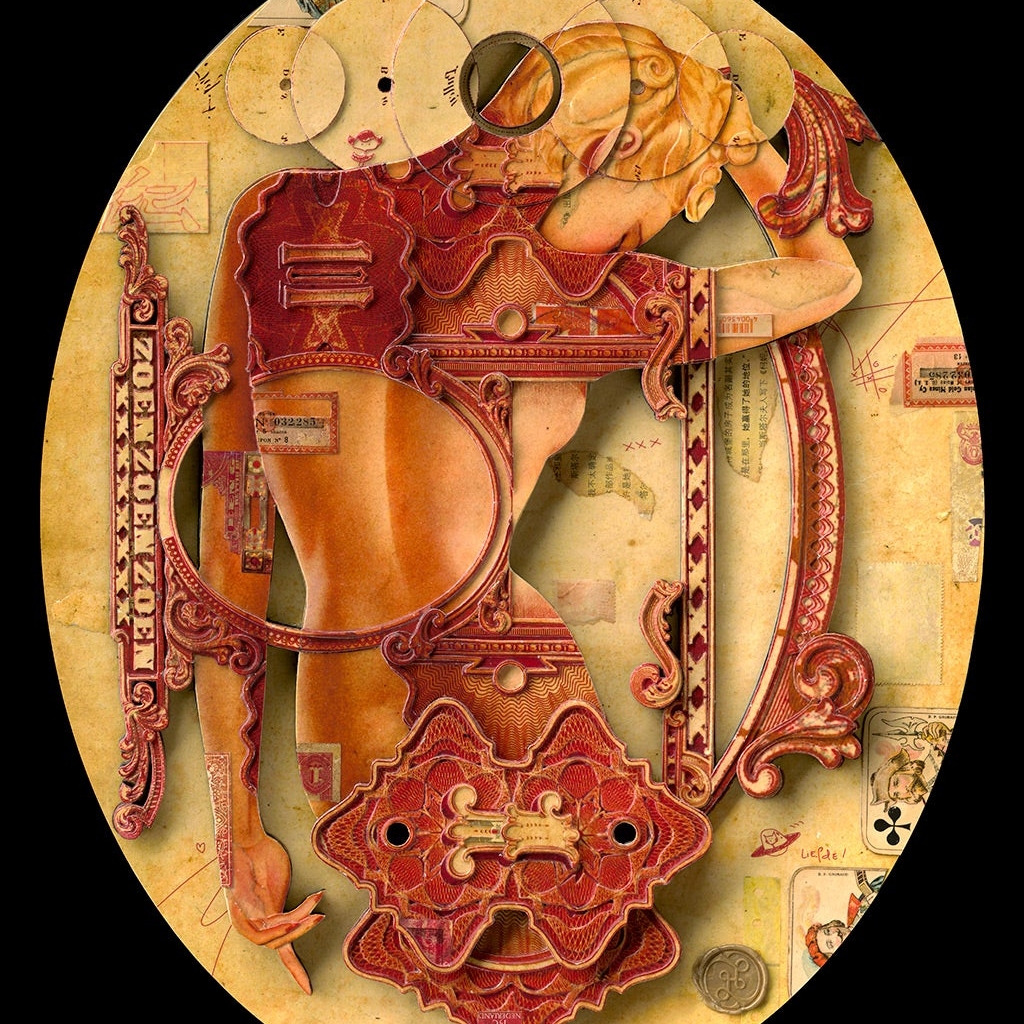 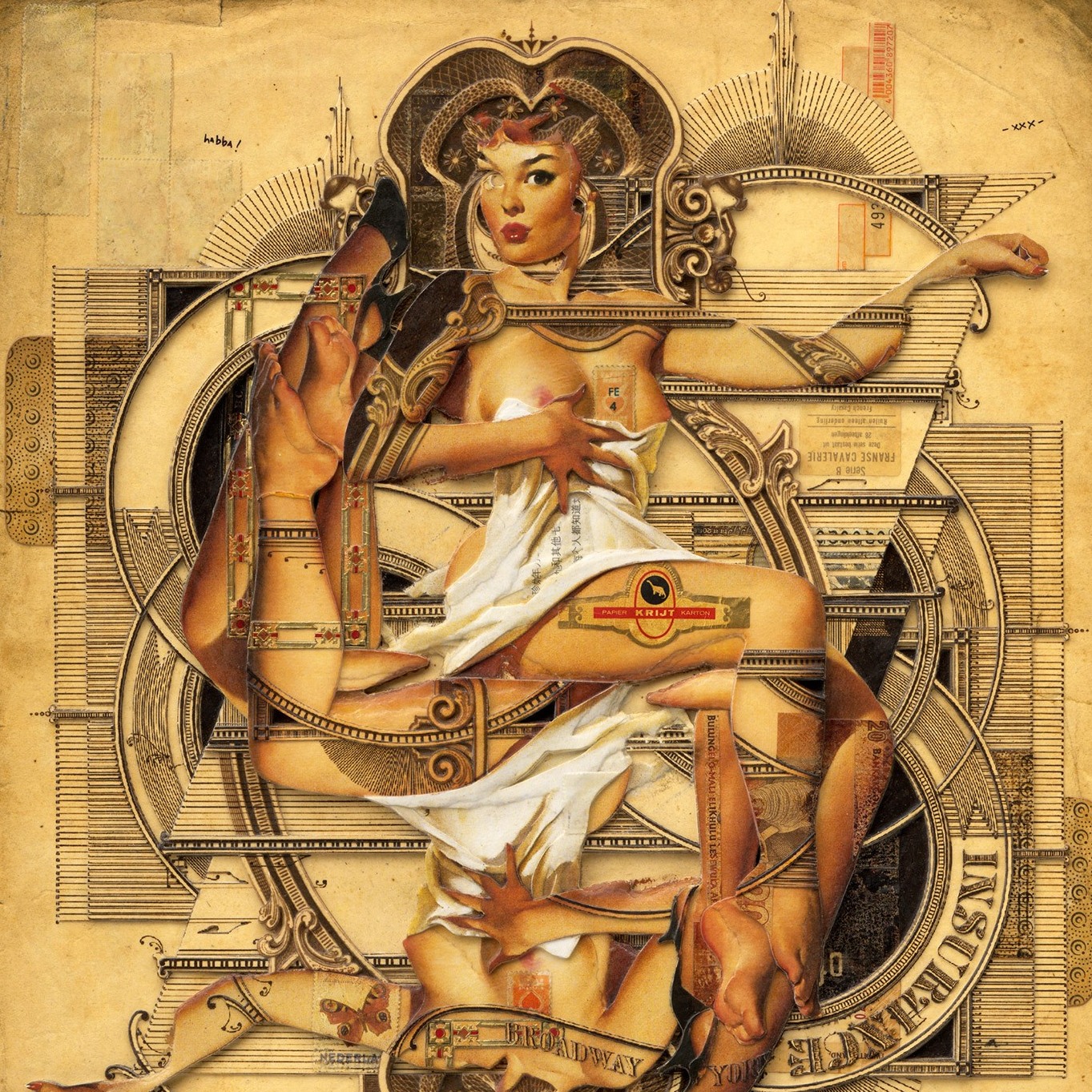