Angie Lewin is a well known British printmaker. Since graduating from Central St Martins in 1986, Angie has developed her unique style influenced by a subsequent study of Horticulture and a love for the native plant life of North Norfolk and the Scottish Highlands. In 2006 Angie was elected to the Royal Society of Painter Printmakers and has exhibited widely in the UK and abroad. She has also completed commissions for Penguin, Picador and Conran Octopus and has designed fabrics for her own gallery St Jude’s and for Liberty’s Autumn Winter 2010 collection. 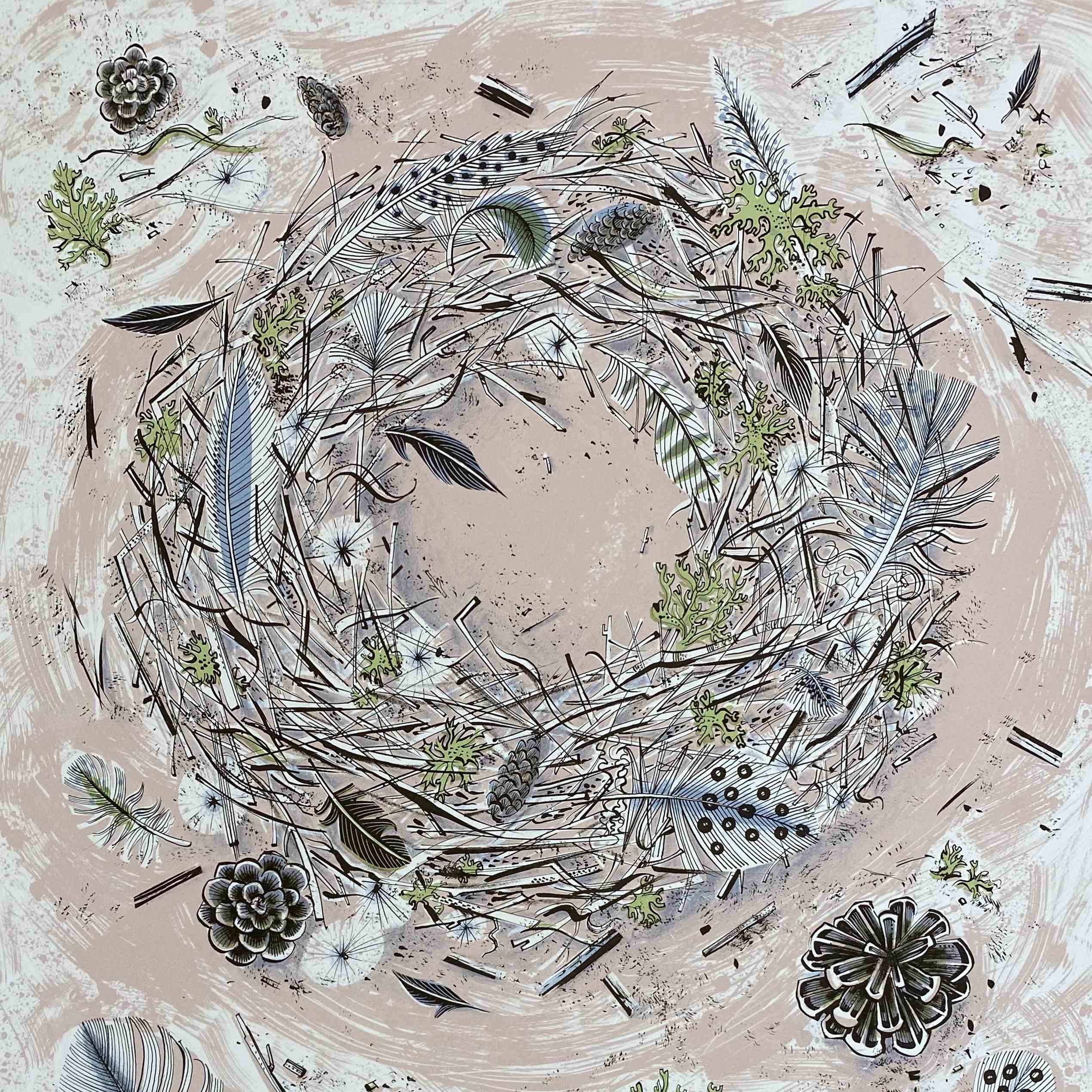