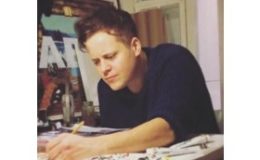 Ahead of his artrepublic Kids Club session on 17th October, the Bristol-based artist talks painting by numbers and unicorn sounds. 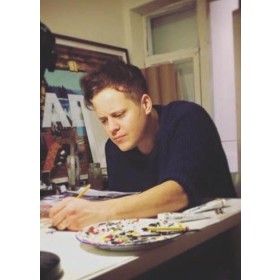 Did you know that Leonardo da Vinci taught his apprentices basic painting theory and techniques by numbering patterns on a canvas and designating a specific colour to each number? And did you also know that this was the basis for the original Paint-By-Number kits, which were developed in America in the 1950s? No, we didn’t either until we started thinking about the work of artrepublic artist Benjamin Thomas Taylor, which often references the retro paint kits, and went off on a slight tangent wondering where that whole learn-to-paint-without-technically-learning-to-paint thing began. (Thanks to Mental Floss for clearing that one up for us – we could have disappeared down an internet rabbit hole otherwise!)

But back to the point we started at – the work of British artist Benjamin Thomas Taylor, who happens to be the guest host at artrepublic’s Kids Club session in the gallery this month. We weren’t sure what he had planned for the workshop, and we were overdue a chat with him, so we decided to ask him a few questions about his own art-school education, fantastical imagery (and imagination) as well as his role in this year’s Martlet’s Snail Trail, among other things.

We love the snail that you were commissioned to create for the Martlet’s Snail Trail - it sort of carries its environment on its back! Tell us little bit about how you created the design/ got involved with the project.

I used a previous painting as a template for the design. This helped me form a loose composition before painting colourful flowers and plants intuitively over the top. The title of the piece alludes to the hotel Matisse lived and worked in while creating his cut-out series.

You often use natural forms and landscapes in your work, but give them a highly coloured and slightly fantastical twist. Have you always been drawn to landscape painting? And are these based on specific places or is it all from your imagination?

I grew up surrounded by a very dramatic landscape in North Wales. It will always be a subject that fascinates me, mainly because of the sense of possibility I feel when I look at an expanse of space. The first proper painting I did when I was 13 was of a landscape. My art teacher used to take photographs in Snowdonia at the weekend and bring them in for me to paint in my art lessons. However these days my landscapes are created more from the imagination.

The blank/ uncoloured areas (that form the text) in your images create this idea of us not quite seeing the full picture. Do these sections in your work hold a particular significance or message? Or is it all really about highlighting the text?

The uncoloured areas are used to create a sense of possibility – a sense that the viewer could add their own colours to the work.

How do you choose the phrases that are picked out in your hyperreal landscapes?

mind. This process can take weeks, months or even years. They can come from anywhere and mean anything. I like the way artist Ed Ruscha describes his process of finding words: “Some words are found ready-made, some are from dreams, some come from newspapers,” Ruscha says. “I don't stand in front of a blank canvas waiting for inspiration.” For example ‘What Sound Do Unicorns Make?’ arrived from reading an alphabet picture book with my young twin boys. On each page we’d replicate the noise each animal makes: D is for dog….whoof, E is for elephant...trump, U is for unicorn….ummmm what sound does a unicorn make?

I really like the word ‘Happiness’! It contains the word ‘pines’, which links to a lot of my imagery. Happiness is also a very subjective word. Everyone has their own idea of what happiness is? 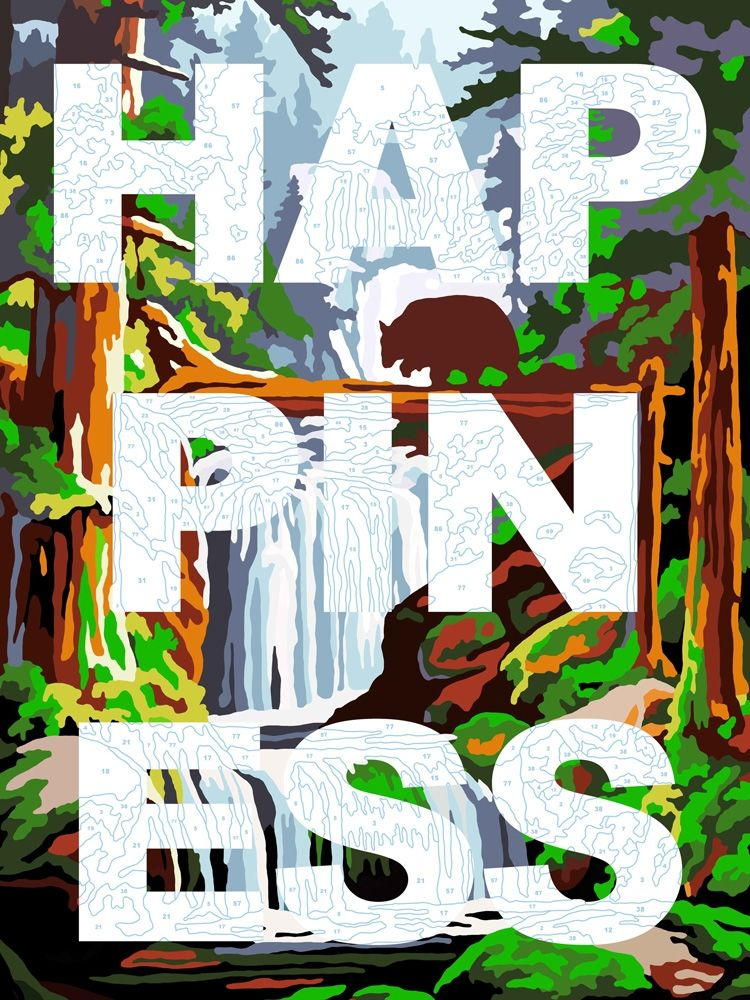 Did you know that Paint-by-numbers kits were originally inspired by an employee at a paint manufacturers, who discovered that Leonardo da Vinci taught apprentices the basics of painting using numbered patterns on a canvas? How does it feel to… follow in da Vinci’s footsteps?!

Like da Vinci, Jeff Koons uses the same process with his assistants. So in a way these masterpieces we see by both artists are actually just paint by numbers. This irony is important in my own pieces. Underneath the joyous, colourful, paint by numbers exterior I’m poking a bit of fun at pretentiousness.

We saw your attempt to get the public painting by numbers at the Art Yard Sale… based on the collective efforts there, would you say Paint-by-Numbers is actually quite difficult? That was hilarious! I’m not sure people were really concentrating too much. It was a very hot, busy day. When I paint in that style I really try to make each individual shape a really pleasing form. If I’m painting them on Photoshop I’ll often zoom in really close so you can’t see the overall image. It’s like being an abstract painter, working with just colour and form, which I love.

Off the back of that, what do you think is the best way to learn to paint? There is no one way to learn to paint. I think the most important thing is dedication and that can only arise from an absolute love of wanting to make something. When I teach art students who haven’t done much painting before, I always start off by showing them how to mix colours and blend tones together. After that I ask them to look at artists who interest them to figure out and experiment with the techniques and processes they have used.

You taught fine art for eight years – what did you learn about your own practice and work during that time? (And why did you leave teaching behind?) I taught Art in school for 8 years. Mostly in East London. It was an incredible experience. Obviously working with young people is hugely rewarding but for my own practice too. Having to figure out the most effective ways of teaching also helped me define and improve the most important parts of my own practice. I’ve left schools now but I’m still teaching. I now a lecture at a college a couple of days a week.

As you’re hosting the Kids Club this month, we have to ask who has been your best/ favourite teacher and why? (Can be any level of education/ or out of formal education. And doesn’t have to be art) I’ve had lots of inspiring teachers in my life. The passionate ones are always the best! When I was at school I had a lot of problems with my reading and writing because of my dyslexia. When I started high school my English teacher was a man called Melvin Jones. He was an older teacher and sounded far too posh to be teaching in our school. It was almost as if he had been placed there from another world. He was so interesting and knowledgeable, he seemed to know everything. From someone who really struggled in English it soon became one of my favourite lessons. My mum was having a clear out a few weeks ago and I found my old report from that year. In it he wrote “Even though Benjamin continues to make basic errors with his writing, he has a magical imagination”. He made me believe and see something in myself that I hadn’t seen before.

And, if you had the opportunity to learn from a master (alive or dead, contemporary or historical) who would it be and why?

I’d love to make a wood cut with Hokusai in 19th-century Japan, that would be interesting!

Taking your pieces as prompts:

Where do you wish you were? I’ve often fantasised about stepping into one of my pictures and having a walk around. Probably ‘Reunited With Everything You’ve Ever Lost’ would be my favourite.

What sound does a unicorn make? I’m really not sure, though it probably involves glitter!